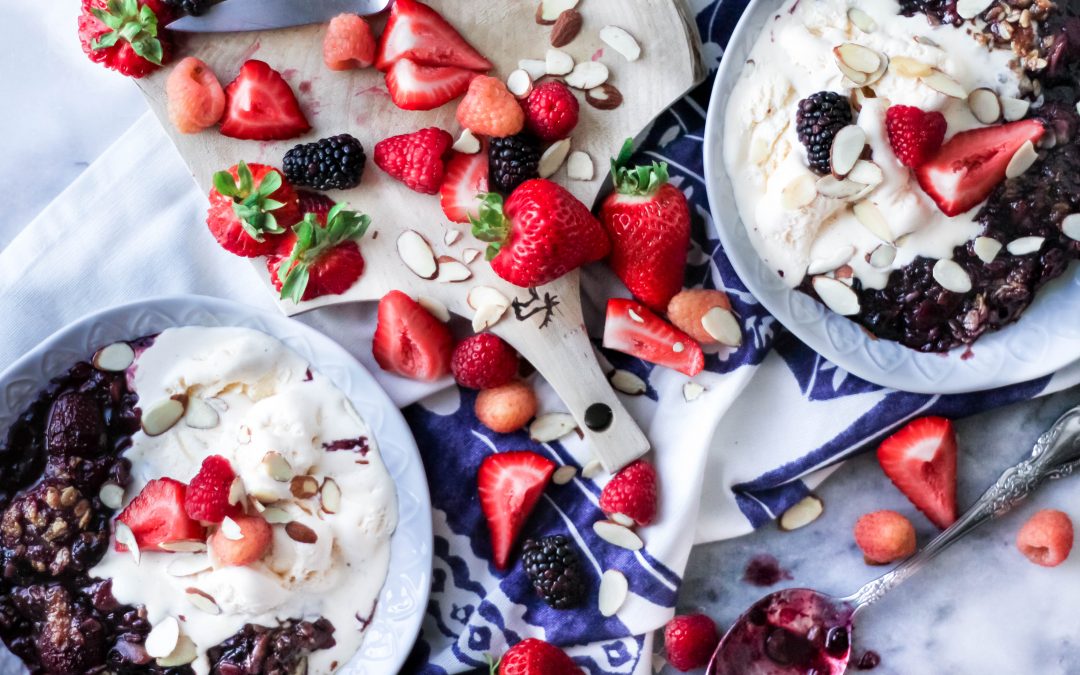 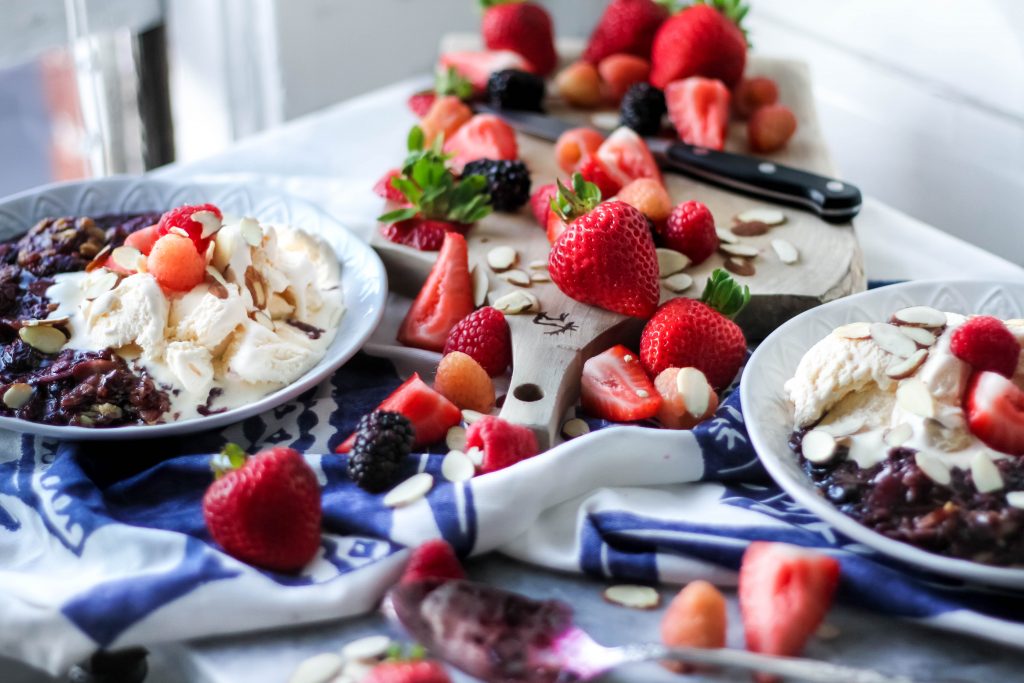 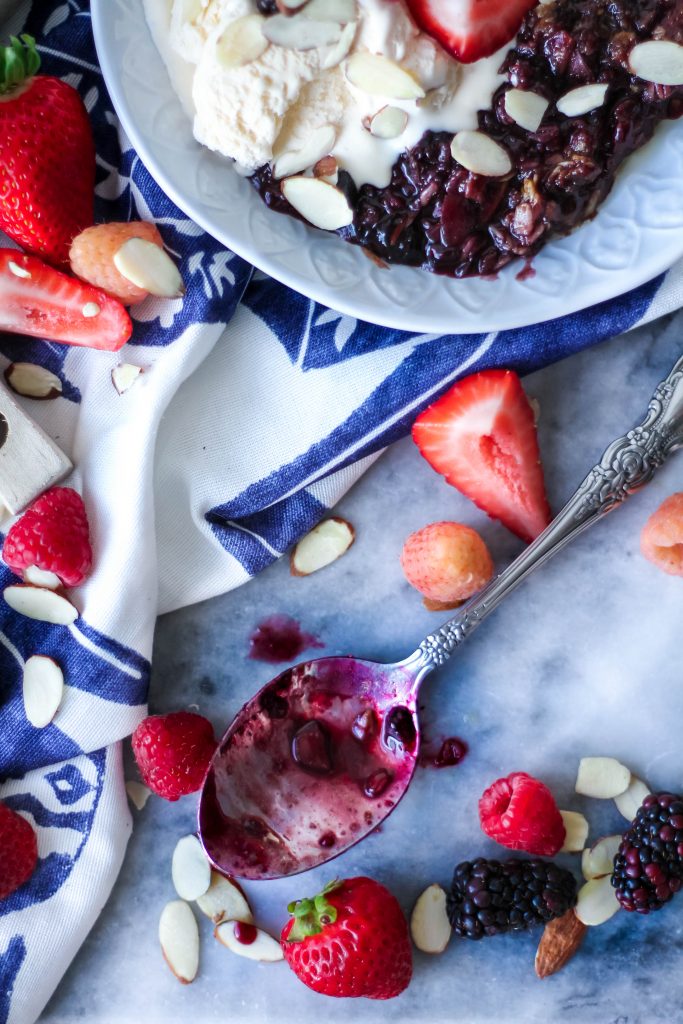 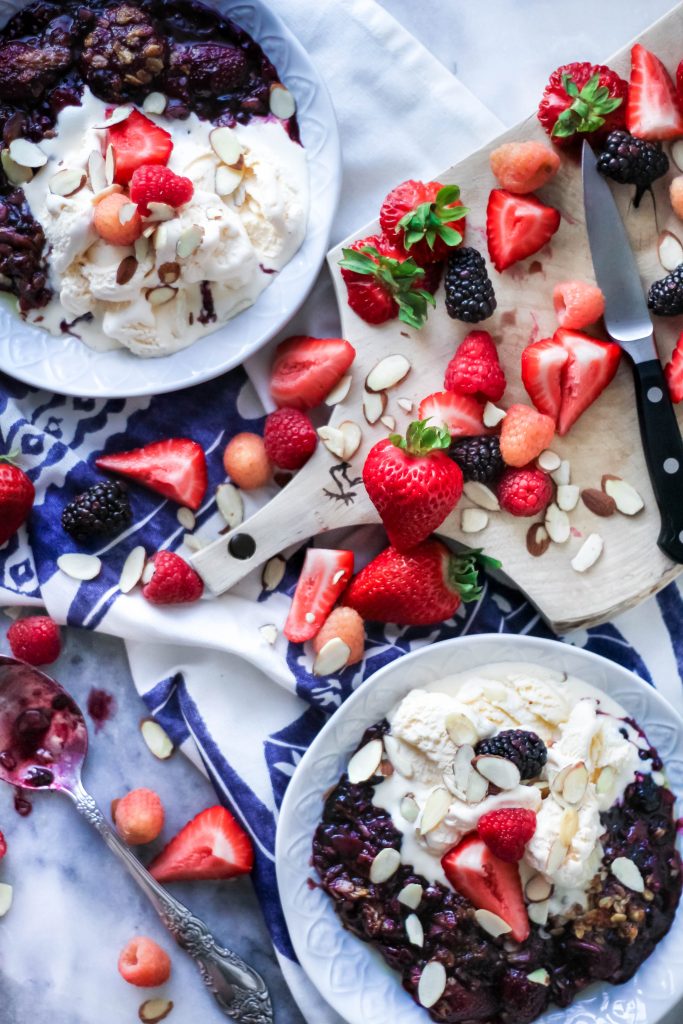 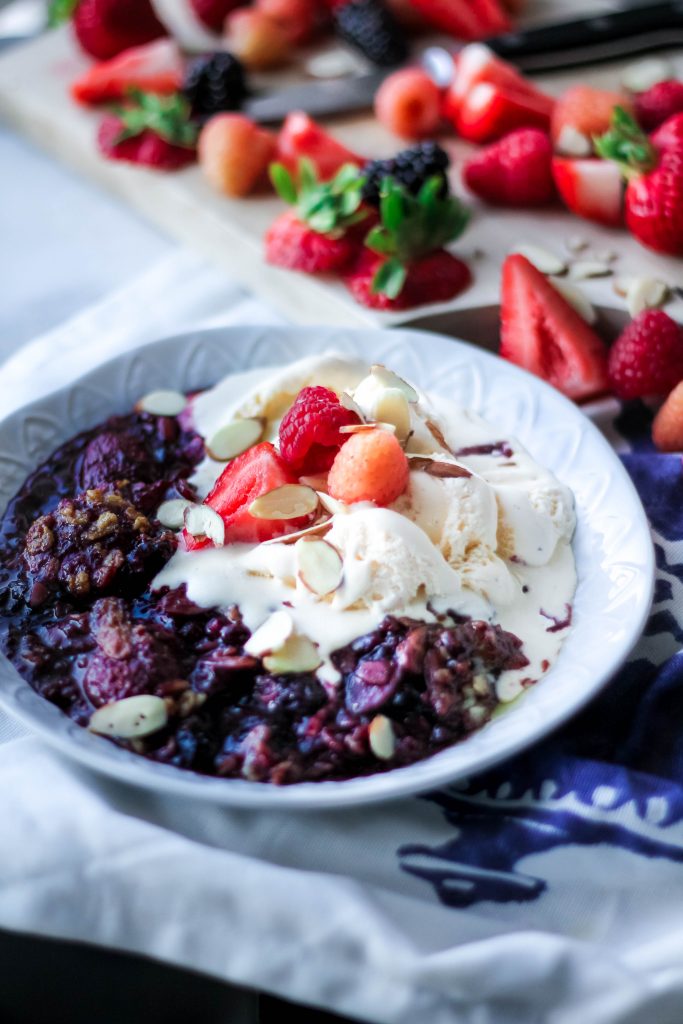 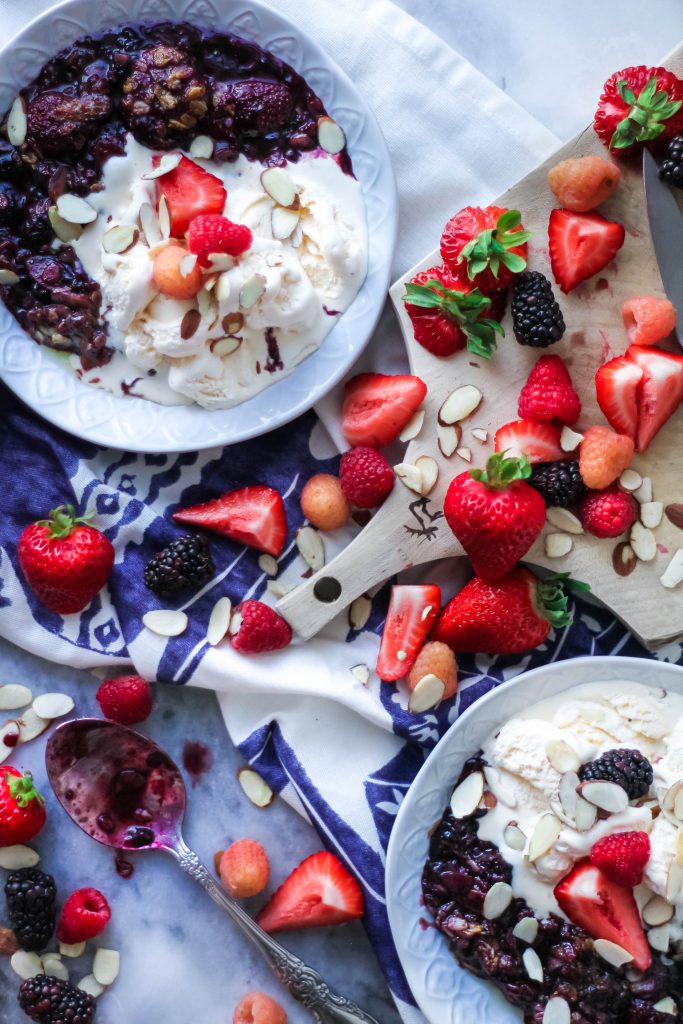 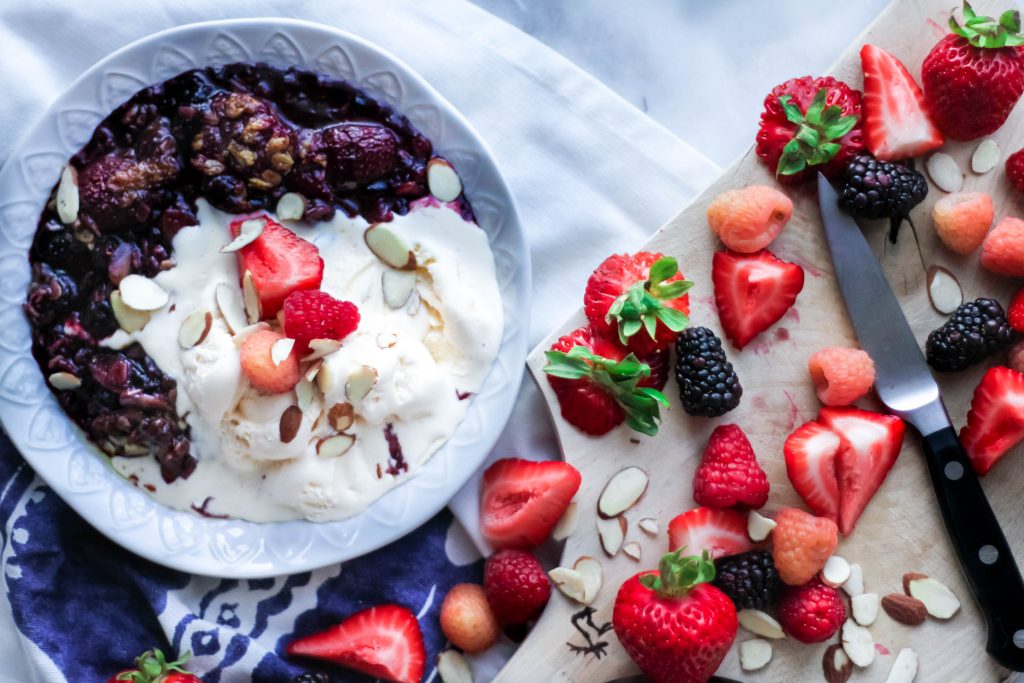 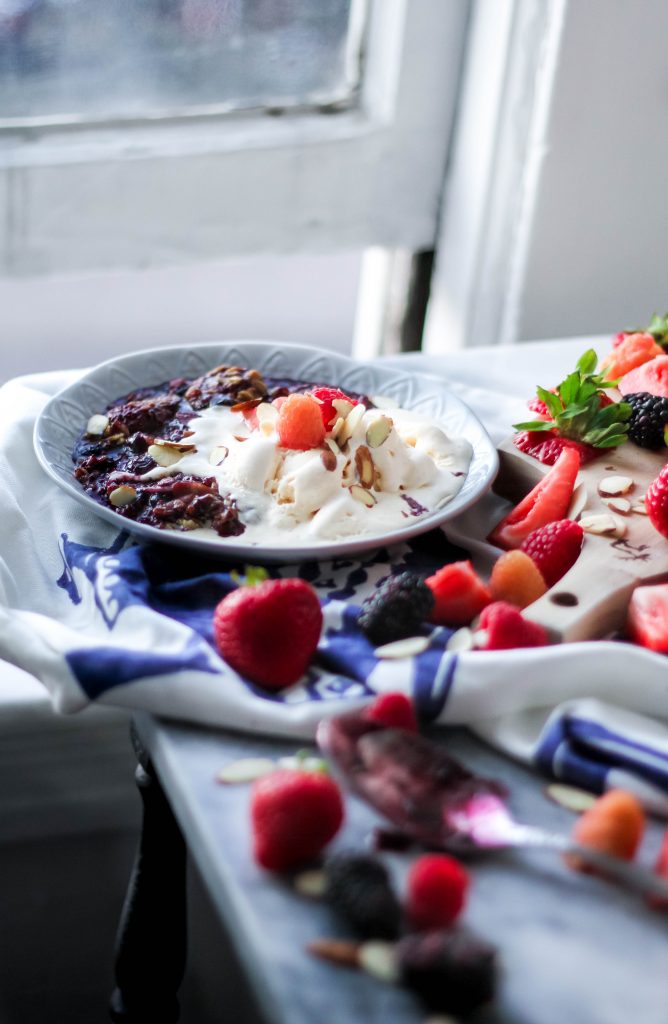 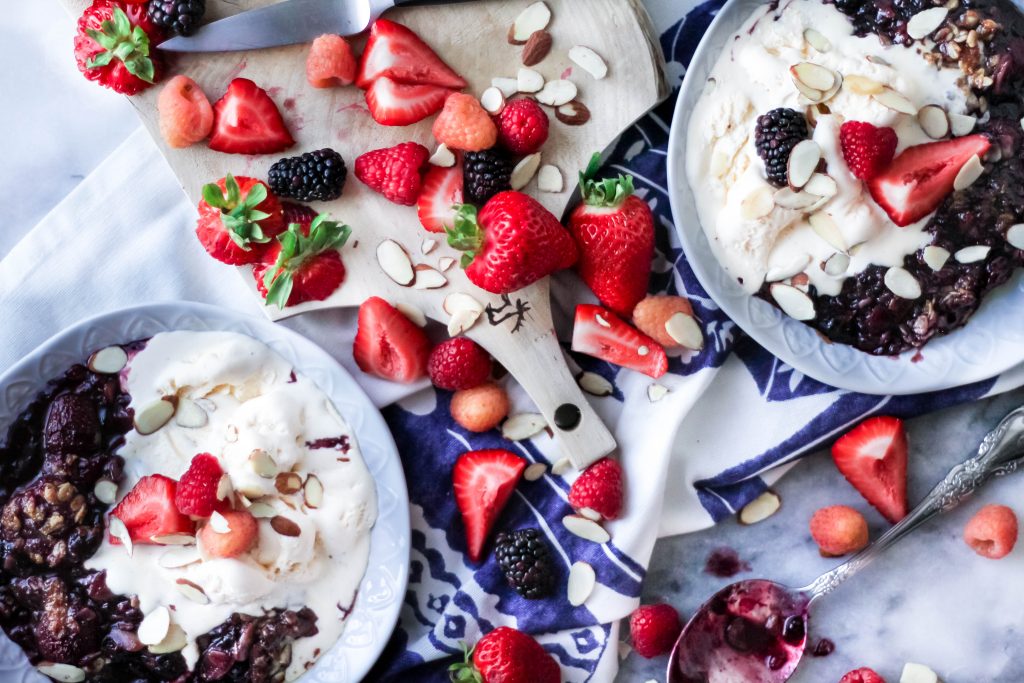 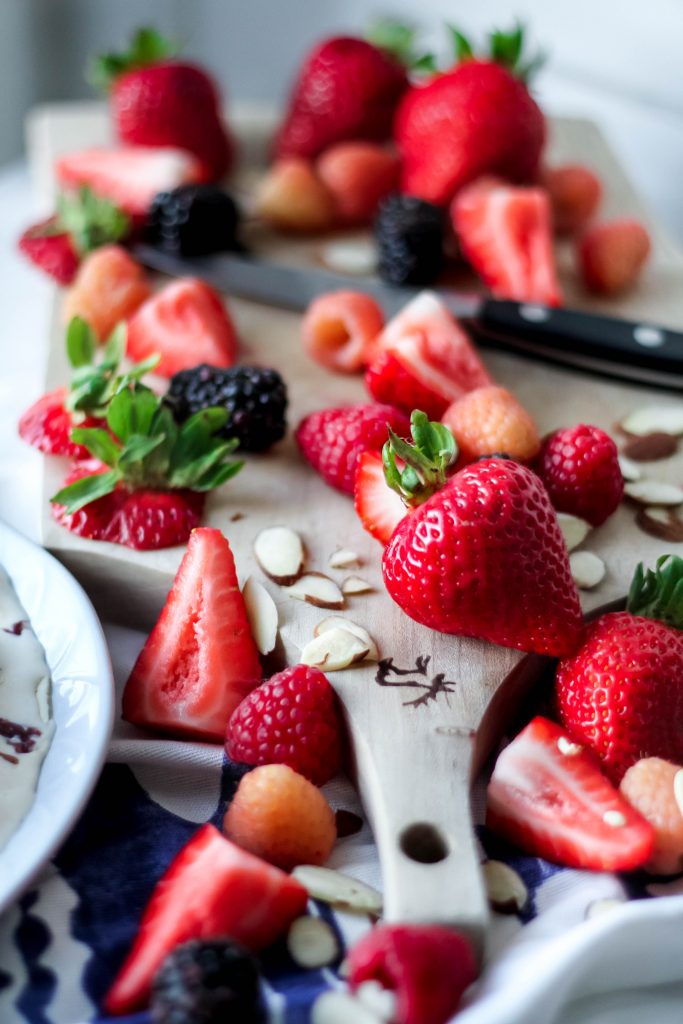 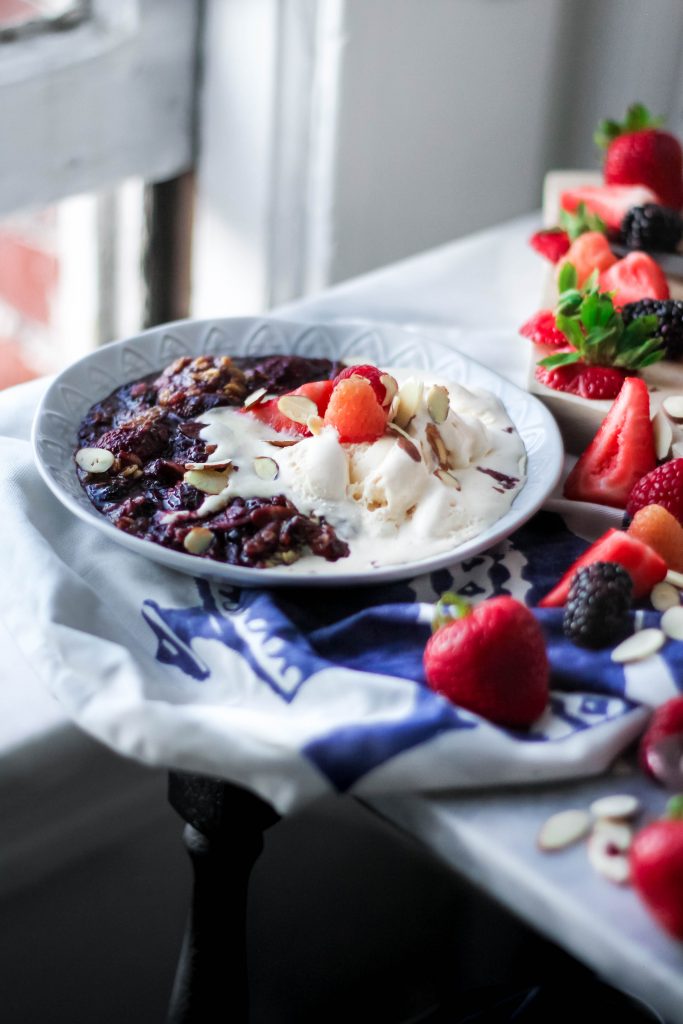 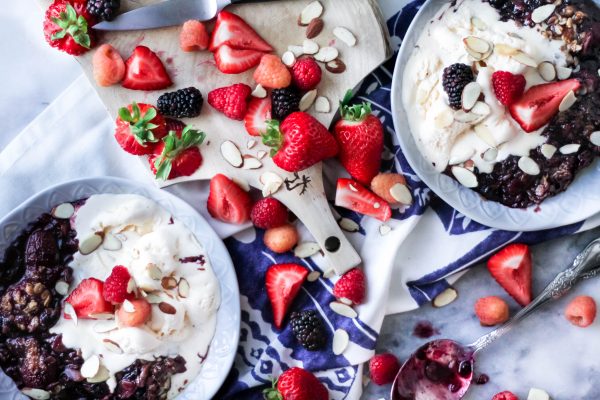 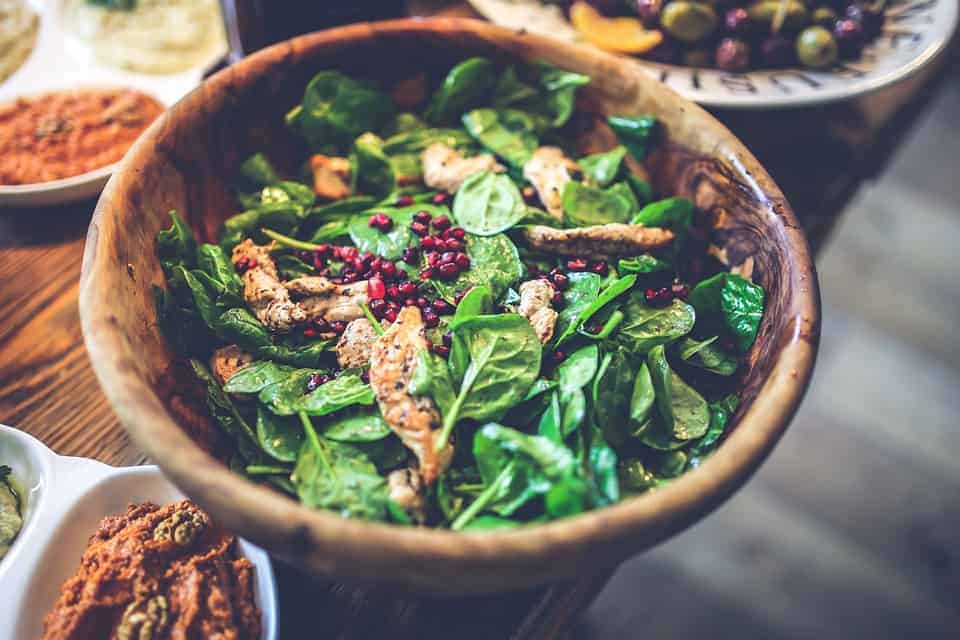 THIS is a Real Super Bowl!

Ever hear that expression, “bowl you over?”

Well, today I’m going to “bowl you over” and show you the wonders of the oft looked over Bowl.

The lowly bowl most often used for soup, ice cream and cereal is really a super powered implement, ready to leap nutritional boundaries in a single bound, resist fast food bullets and are faster to make than a speeding train…

Power Bowls are nutritional powerhouse meals, all in one bowl. These delicious power bowl recipes are beautiful to behold, delicious to eat and a snap to put together.

From breakfast to dinner, they pack a punch and deliver on all fronts. From Shallot Wilted Arugula with Poached Eggs to Loaded BLT Bowl, you’re going to love having your meal in a bowl!

PS–all recipes are delicious, nutritious and will meet whatever eating style, whether you’re paleo, low carb or just want a bowlful of goodness! Grab these super bowls now. 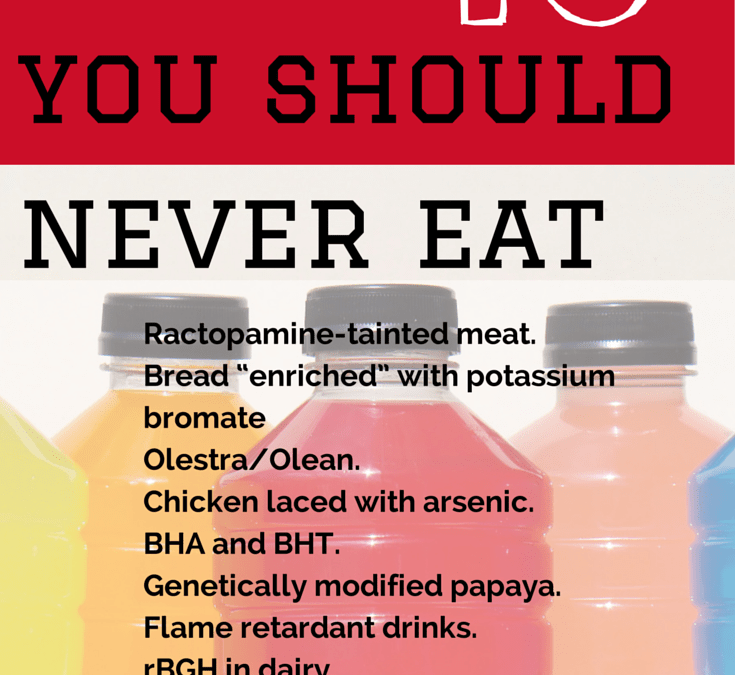 10 foods you should never eat

Would you be shocked to learn that a number of foods sold in grocery stores across the United States have been banned in other countries across the world because of the harmful additives they contain?

If you have any of the following ten foods in your home, I recommend you ditch them pronto. 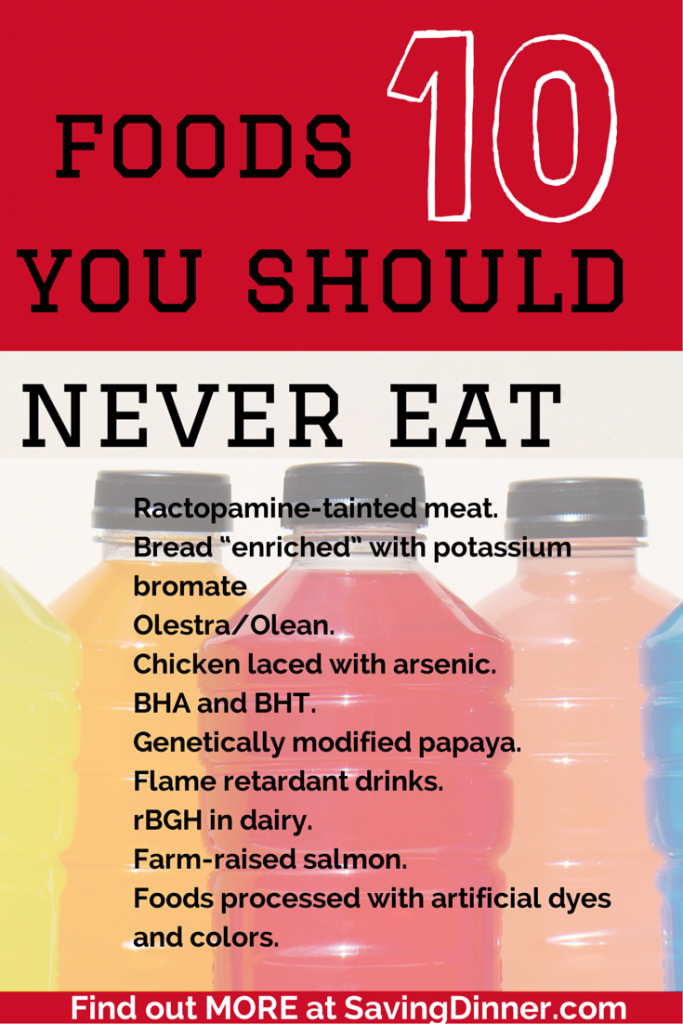 Foods processed with artificial dyes and colors. Foods for babies and young children are among the food-like items in the US that include one of 3,000+ flavorings, preservatives, or other synthetic ingredients. Mac and Cheese, cheese flavored crackers, Jell-O and many cereals targeted towards children contain dyes banned in many countries including Austria and Norway.

Farm-raised salmon. Farmed salmon is banned in Russia. Farmed salmon is fed a diet of grains (often times genetically engineered), vitamins, antibiotics, chemicals and drugs that are unsafe for humans. Look for wild-caught pacific salmon for a much healthier alternative to the farmed variety.

rBGH in dairy. rBGH is a human-made version of natural BST, a hormone in cows that increases their milk production. Monsanto created rGBH from genetically engineered E.coli bacteria. Yes, you read that right. Roughly 1 in 6 US dairy cows are injected with such growth hormones, so there is a good chance your non-organic dairy products contain this hormone. rGBH exposure may cause prostate, colorectal and breast cancer. rBGH is banned in New Zealand, Australia, Israel, Canada and Europe.

Flame retardant drinks. Often found in Mountain Dew, Fanta, Powerade, Sunkist, Gatorade, and Fresca, Brominated Vegetable Oil (BVO) was originally used by chemical companies as a flame retardant. It’s now found in sport drinks and citrus-flavored soda in the US. BVO is banned in many countries across Europe and Japan.

Chicken laced with arsenic. Farmers in the US are permitted to use animal feed containing arsenic-based drugs because of arsenic’s ability to make animals grow faster and to make their meat appear more fresh and pink. Arsenic-laced chicken is banned in Europe.

Olestra/Olean. Procter & Gamble created a cholesterol- and calorie-free fat substitute for us in fat-free snacks. Olestra (a.k.a., Olean) was approved for use by the FDA in 1996 and is usually used in chips and french fries. Olestra was named by Time magazine as one of the worst 50 inventions of all time. Olestra/Olean is banned in Canada and the UK.

Ractopamine-tainted meat. Ractopamine is also known as Paylean and Optaflexx was originally used to treat asthma. It’s used in the US as a muscle enhancer and to reduce the overall fat content in meat. 45% of pigs, 30% of ration-fed cattle and an unknown percentage of turkeys in America eat feed enhanced with Ractopamine. Ractopamine is banned in 160 countries in Europe, Taiwan, Russia and Mainland China. 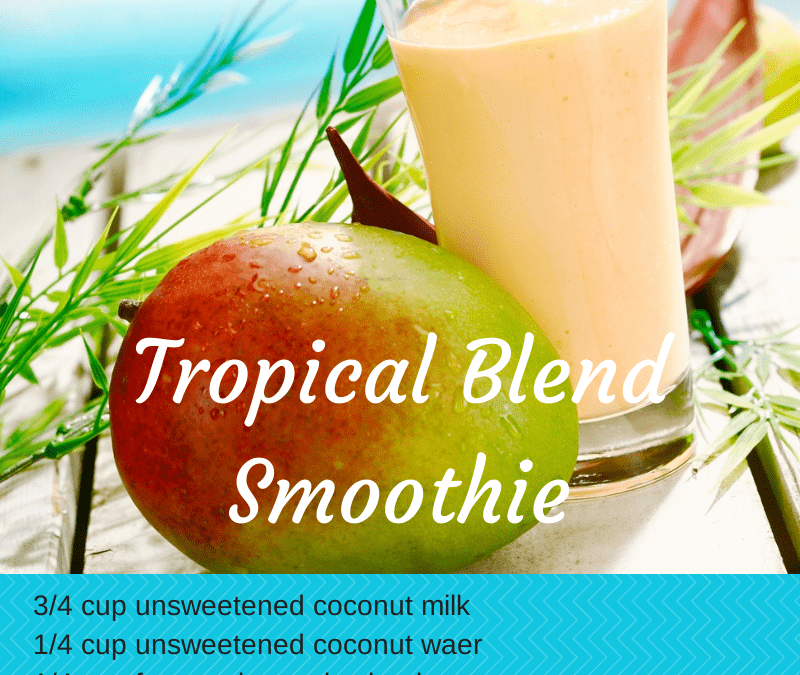 Like most Paleoistas, I’m nuts about coconuts. Coconuts are relied on quite heavily for those of us following a Paleo lifestyle. I cook with coconut oil, I drink coconut milk and I add coconut water to my daily smoothie.

Coconut water is the liquid you find inside a coconut. The water of the coconut contains just about 50 calories per cup and no fat. Coconut water also contains magnesium and potassium. With its natural sugar (simple carbs), minerals (electrolytes) and water, you might consider coconut water to be nature’s Gatorade.

Coconut water promotes kidney and heart health and can even fight aging.

I love the taste of coconut water, and because it only contains a scant amount of natural sugar, I don’t worry about the daily dose I add to my morning smoothie.

And don’t worry. I don’t collect coconuts and crack them open each morning. You can buy coconut water in cans or in tetra packs.

But before you go shopping for coconut water, it’s time for your Trick:

When shopping for coconut water, you MUST read your labels. Coconut water is only Paleo if it’s 100% pure coconut water. Some companies like to add sugar to their coconut water and some are “from concentrate.” Avoid those. I like the Amy & Brians Naturals brand of coconut “juice” because it contains pulp and makes you feel like you’re drinking from a coconut.

Instructions:
In a high quality blender, add in the coconut milk and water. Dump in the frozen pineapple and mango. Blend until mostly smooth and then add in the Saving Dinner All-in-One Vanilla Smoothie Mix and Fibermender 2.0 and blend once more. Pour into a glass and sprinkle the shredded coconut over the top to garnish. 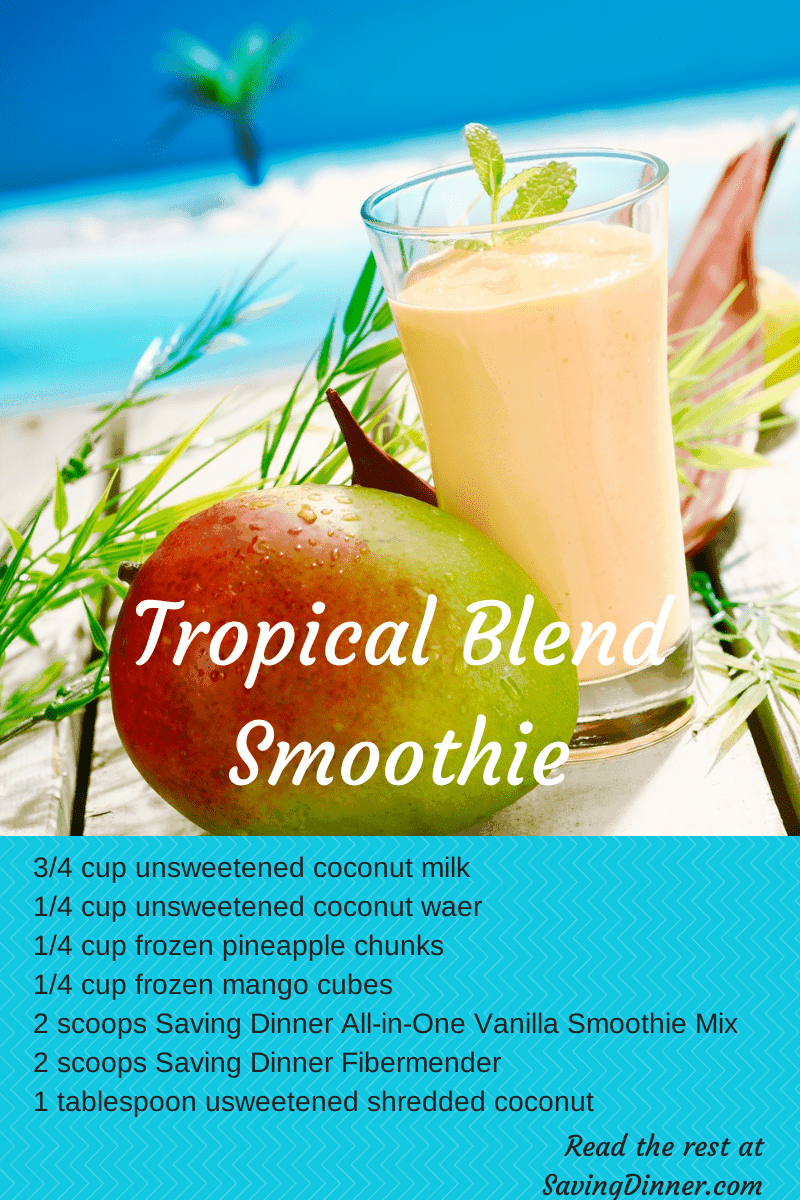 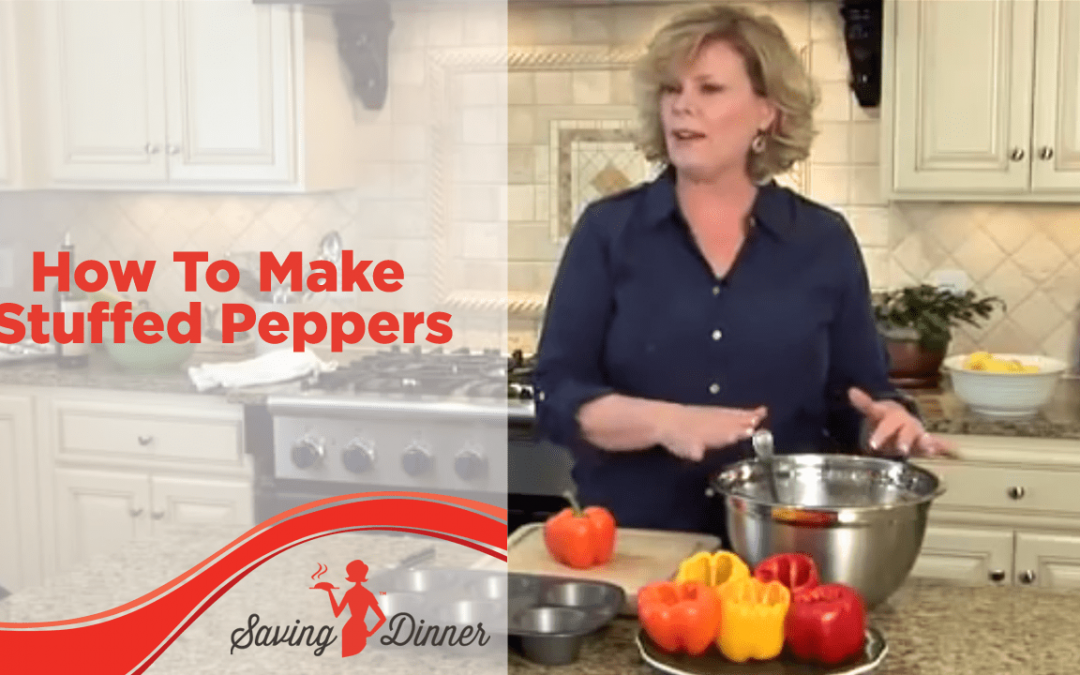 How to Make Stuffed Peppers

In today’s video, we’re going to stuff some bell peppers with my tasty meatloaf mix. This is one of my very favorite recipes and it is super simple.

To make my meatloaf mix you will need:

Watch the video above to not only find out how to make these delicious meatloaf stuffed peppers but I will also show you how to easily get the tops off of bell peppers and a very special trick for how to cook the stuffed peppers so that they don’t collapse in the oven!

Super simple and so delicious and tasty!

In a skillet, heat oil over medium high heat. Add the onion, bell peppers, and garlic. Cook for a few minutes till fragrant and beginning to wilt, then turn on low till wilted, about 10 minutes. Set aside.

In a large mixing bowl, add the meats, and remaining ingredients. Mix well. Add sauteed vegetables and mix well again. Shape into a long oval-ish blimp—resembling a fat loaf of French bread–and bake at 375 degrees in a baking pan, for approximately 45 minutes. Served with garlic mashed potatoes, (generously add some garlic powder when mashing the potatoes) and steamed broccoli. Enjoy! 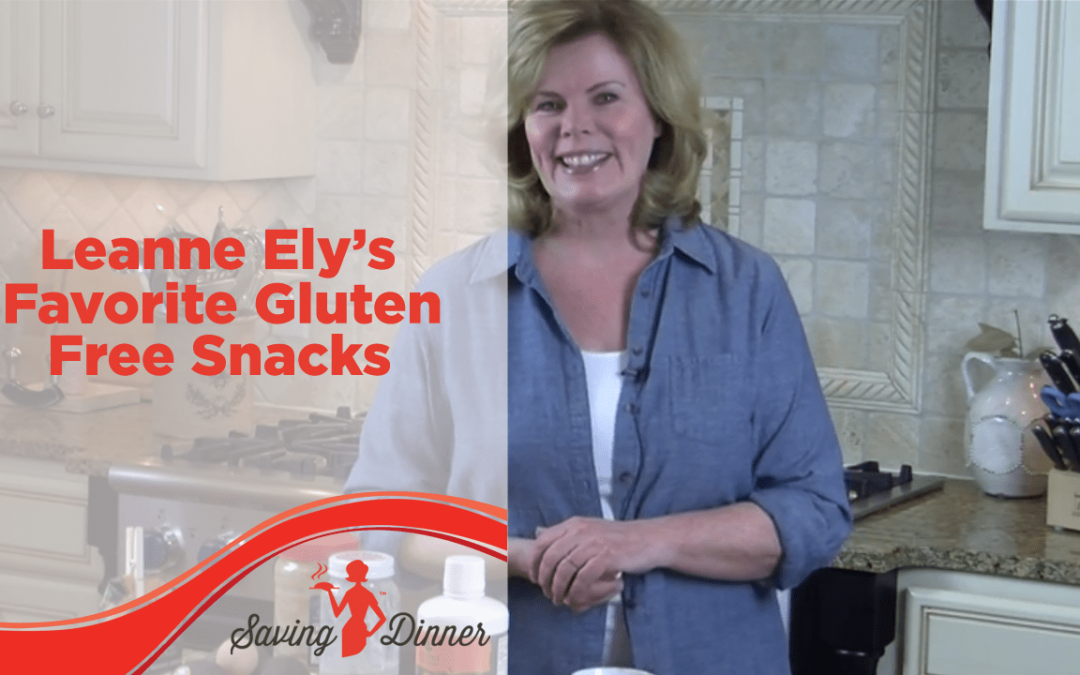 If you would like more fantastic Gluten-Free ideas, I’ve put together an amazing bundle featuring Gluten-Free freezer menus and mixes!  It’s a $50 value, but you can get it right now for just $17!  Click here to learn more

One of the questions that I get asked all the time is, “Hey, Leanne, can you help me out with some gluten-free snacks?” I love a gluten-free snack just like anyone else and my favorite go-to’s of course are apples and oranges or tangerines because you can throw it in your purse.  But also, I like nuts, a handful of nuts that is.  And when I say a handful, I’m talking ten.  The problem with nuts is that they are full of fat which is not a problem, but too much fat is too much fat, people, right?  They also have lots of fiber and protein so they really are the quintessential great snack. You need to limit them though, because overeating is overeating and it doesn’t ever work out well.  So that’s one of my favorite things.

Another of my favorite things, and you can find this over on the Leanne Recommends page is Bulletproof Coffee.  Bulletproof Coffee is from my friend Dave Asprey, also known as the Bulletproof executive and he has MCT oil.  This is high-octane, Brain Octane Oil. And what this is is pharmaceutical grade coconut oil plus Kerrygold unsalted butter.  So you take a cup of coffee, one tablespoon of the upgraded Brain Octane Oil and a tablespoon of Kerrygold Butter, you blend it in your blender and you drink it in this like a fabulous cappuccino! Seriously! And the only dairy is just a little bit from this butter and let me tell you something, this puts your brain on fire.  So, if you have to work really hard or you’ve got a lot of things going on, this is the best coffee drink that you can get. Sometimes, this is all I’ll have for breakfast.  I’ll have a couple cups of this and I’ll just be going like crazy.  That fat is amazing.

The other thing I like is celery and almond butter.  I think it’s just fantastic and eat it all the time.  I love hard-boiled eggs.  I mean, again, if you stick it in a Ziploc bag and throw it in your purse, you can take it with you.

Avocados are fabulous.  One of the things that I like to do with an avocado is cut it in half, put a little salt and pepper on it and a little bit of salsa right in the middle, and just spoon it out and eat it that way. It’s very satisfying and very delicious.  You can also stick part of an avocado into your smoothie to make it extra creamy. You won’t taste the avocado, so you don’t have to worry about that.

And if you’re wondering, “What on earth is that stuff on the counter?”  It is chia seed pudding.  Now chia seeds are fantastic.  They are full of fiber and particularly pectin which is awesome because pectin holds toxins and pushes them out. So, you know what I’m saying… it’s the ultimate cleaner upper. It’s also full of omega-3 fatty acids so that’s brain power right there.  So if you mix them up with a little coconut oil or almond milk. That is, around a quarter of a cup of chia seeds versus a cup of almond milk or coconut milk. And you shake it up, let it sit and it gels… it’s a pudding!  Put some fresh raspberries on it, blueberries, whatever you want, maybe even some slivered almonds and it’s fantastic. I will have that for breakfast and I eat about a cup of this for breakfast and I’m telling you, honey, it keeps you regular.  That’s what I’m saying.

Also, speaking of keeping you regular, I am crazy about fermented foods – sauerkraut, pickles, good pickles, Bubbies is an awesome brand. Also this is really pretty crazy.  This is kimchi. Kimchi is a Korean fermented cabbage food and this one has spicy ginger..  It’s a little bit hot but you just throw it on your plate and eat it! Fermented foods help to build the good guys inside of your gut and that’s what helps to get rid of the bloat and again, keep you regular.  I’m all about keeping you regular.

Anyway, so those are just a few of my favorite things that I like for snacks and I hope you give them a try and see what you think!