Finding Balance as an Empty Nester

Food For Thought
Finding Balance as an Empty Nester

For all intents and purposes, I am an empty nester—my children aren’t at home full time anymore. Things have changed dramatically at my house and I didn’t fully realize this until after I did my whole Two Week Kitchen Makeover with Rubbermaid awhile back; the need to fill up all the spaces in my kitchen is no longer an issue. 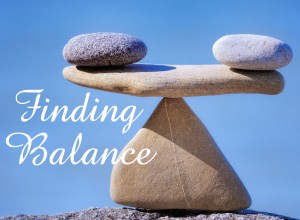 I recognized something even more profound as I was chatting with dear friend on the phone today. When my children were younger, I used to eat the leftovers off their plates after we had eaten lunch together. It was unconscious; it was because I didn’t want to see that food go to waste. Talk about piling on the Body Clutter!

When we wrote Body Clutter, I talked about that from a been there/done that perspective. My kids have grown up over the last ten years. And yes, I stopped eating off their plates.

But I’ve noticed I have this tendency to shop and cook like I still had two hungry teenagers at home to feed. But because they’re not here, I’m eating more because once again, I don’t want the food to go to waste! It’s that same unconscious choice! I might not be eating off their plates anymore but guess what? Yep, the Body Clutter has been inching back with a vengeance!

Do you see the correlation? Unconscious eating will definitely make food go to WAIST!

I was cooking and eating good food, but my portion distortion both in how many I was cooking for and how much I was eating, was the issue. But as Dr. Oz wisely says portion control starts at the grocery store. I was buying and cooking like I was feeding a tribe of ravenous teenagers!

Your mindset has to change with your situation. You need to ask yourself the obvious questions you might not see even though things have obviously changed (it’s the old forest through the trees mentality). Where are you in life? Are you cooking for a family or is it just yourself? Is it time to make an adjustment to your shopping and cooking habits? Do you need to find a balance in your kitchen?

Making an adjustment means taking into account a lot of things not just how many you’re really cooking for, but how much you want to eat one particular meal and asking yourself another important question: do I want to eat this again (and again and again…)? Can you tell I’m sick of chicken and black beans? I just finished it off, 5 meals later, good grief.

There is an exception to every rule however—and that is when you’re cooking something in the crockpot. That can be justified because everything you make via the crockpot can be frozen and eaten later with no problem. That’s when you pull out the plastic freezer  bags to make quality, no brainer frozen meals.

I’ve moved the enormous soup pot, roaster and large saucepans that used to make big family meals because now they aren’t being utilized as much. I’ve scaled down my pantry, pared my grocery list and cut my recipes in half. There’s freedom in this type of cooking! I no longer have to use super-sized anythings—no big cans or packages, no big box stores requiring membership cards containing everything HUGE to feed a small village, with bigger-than-Dallas grocery carts… it’s DIFFERENT now and it’s smaller! With smaller comes less money, less food, less space taken up by all the food, less cooking implements and serving pieces. I can relax! WOW, how about THAT?

Just because children have left the nest it doesn’t mean your cooking has to stop. It just has to CHANGE is all. Get that mindset going, move stuff around, buy less, cook less and (in my case) eat less! Meals still need to be made, food still needs to be purchased and you’re still the one standing over the stove, right?

Welcome me to your world, empty nesters! I’m glad to be here. And while I will still be writing and focusing on family cooking, I’m not forgetting you in that equation. Like I said, we still have to eat (and cook!)

Our Menu-Mailer subscription takes into account empty nesters like you and me! We have recipes for TWO! Check it out!