Diaries of Henrietta, the Bus (pt. I) 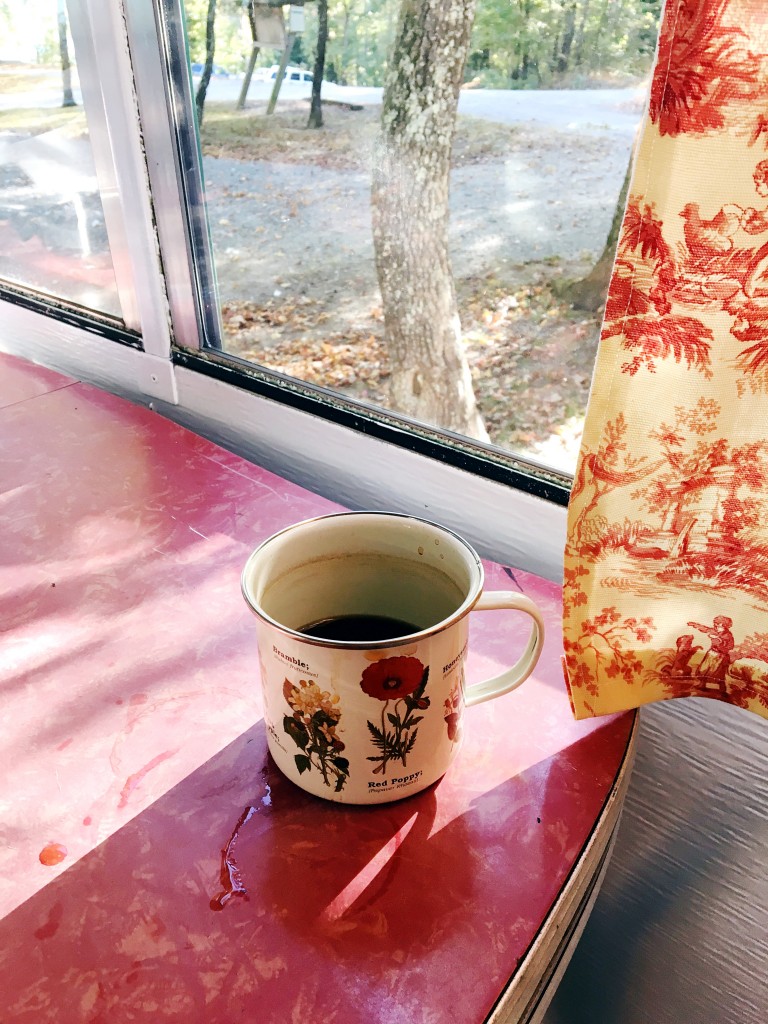 Caroline here (Leanne’s daughter and employee, for those that don’t know!): many of you follow along with us on Facebook, but if you don’t, here’s the rub! My husband, two husky pups (Fawkes and Dakota, sweetest and cutest in all the land), and myself are moving to Oregon!

Moving out to the PNW is something we’ve been considering for a couple years, and last spring we finally got to go out and roam the states in that spectacular part of the country, and Oregon felt most like home to us! So we decided we would go this fall! We packed up our stuff with a company that picked it up and shipped it, and had initially been planning to squeeze our little family into our Honda Civic, and find a small trailer to haul. We knew we wanted to drive because we wanted to stop through as many National Parks on this trip as we could manage! The prospect of being locked in our tiny car with our two not-so-tiny pups, wasn’t exactly awesome, but we figured the sites and hikes would make up for it.

A few weeks back, RIGHT before we had to be moved out of our house (literally just a couple days beforehand), we were talking about how we would love to buy an old bus to convert after we move since we’ll be close to so many incredible parks and other magnificent sites. Of course, once we were talking about it, I couldn’t help but quickly browse local bus ads on Craigslist. And as fate would have it, there she was. Henrietta! Or as she was previously titled: “Panther Creek Baptist Church”. This little white activity bus from the 90s with low mileage was just sitting there, waiting to come home with us.

After quickly crunching the numbers, we discovered we could fit her into our budget, so we drove up to Robbinsville, NC to look at her, and immediately brought her back home. After a good month of serious TLC we got Henrietta converted into a perfect little camper!

Since we were short on time, we couldn’t fully convert her the way we plan to, but we definitely achieved a lot more than either of us anticipated! Ripped out seats, picked out old dry gum (grossssssss), pulled up rubber on floor, scrubbed, scrubbed, scrubbed, and scrubbed some more. The painting felt like it lasted forever, then (with help from my brother) we built a loft for the bed, shoved the dog kennels underneath, bolted in my old diner table, saved one original seat to go in behind table, secured a huge dresser to act as a countertop, sewed together French country toile curtains (shout out to my sweet mother-in-law for helping with that!) and we were off!

We officially hit the road Saturday morning. Since we are in a old church activity bus, her speed is limited, so we lose a little bit of time on the road due to that (but we think it’s worth it). We left Charlotte, NC, stopped through Asheville to pick up some supplies, stopped right outside Nashville to grab more (after you hit the road you suddenly realize you have a running list of “I need this…” for the first 24 hours). And camped at the Land Between Lakes in Dover, TN.

Yesterday (Sunday), we got up, had some instant oatmeal with cashew milk, and some fresh coffee, hunted down an area to wash out our dishes, and then got back on the road. We got all the way into Kansas and finally pulled off at a rest stop to sleep. We had wanted to find another camp ground, but the hubs decided he wanted to drive as long as he could (we’re very eager to get to the Rocky Mountain National Park in CO) and so we opted for a rest stop for the night.

Currently (Monday), we’re still in Kansas! I thank everyone for their Kansas suggestions but we weren’t able to stop off anywhere to check them out this time! We didn’t get into the state until late last night, and we hit the road before the sun was up and now we’re nearly to CO (which has some seriously good food items, and I’m hoping we’ll be able to squeeze in a couple places before or after we set up camp!). Food on our trip so far: gluten free instant oatmeal or protein bars for breakfast, made spaghetti with Trader Joe’s gluten free quinoa/rice noodles one night, and if we need something fast and don’t want to stop to cook, we’ve learned that you can eat Paleo at Hardee’s! Order a “natural” burger (grass fed beef) and “low carb” (they’ll replace the bun with sturdy leaves of iceberg lettuce). It’s actually quite tasty! Tonight we’re planning to make chicken verde tacos, and I think we’ll finally have a full fledged breakfast in the morning with bacon, eggs, and hashbrowns!

So stay tuned, check us out on Facebook if you want to see more about our ventures! I’m also planning to do a Facebook Live tour of Henrietta when I can find good and strong internet that’s up for the task! I also hope to share a video of one of our One Pot recipes being made in the Dutch oven aboard sweet little Henny, too! In a couple days, after we leave Colorado, we’ll be heading for Utah and Zion National Park, so keep the food suggestions and sight-seeing suggestions coming!

**didn’t get good enough signal to post this till Denver! Can’t wait to share about Rocky National Park later this week! 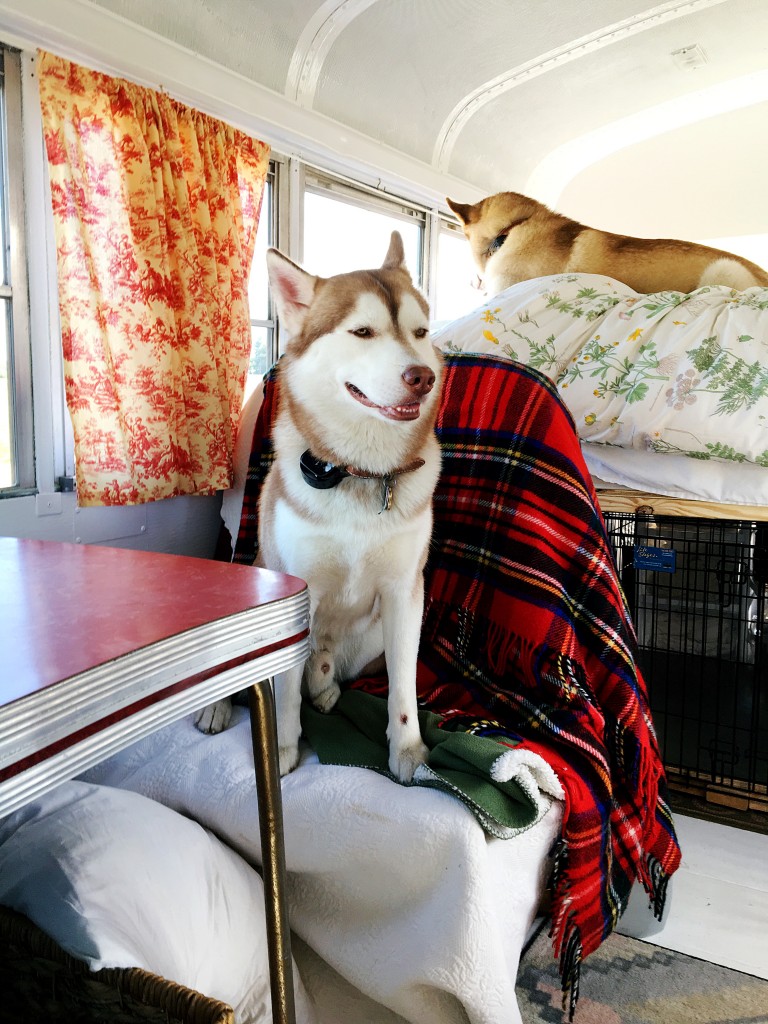 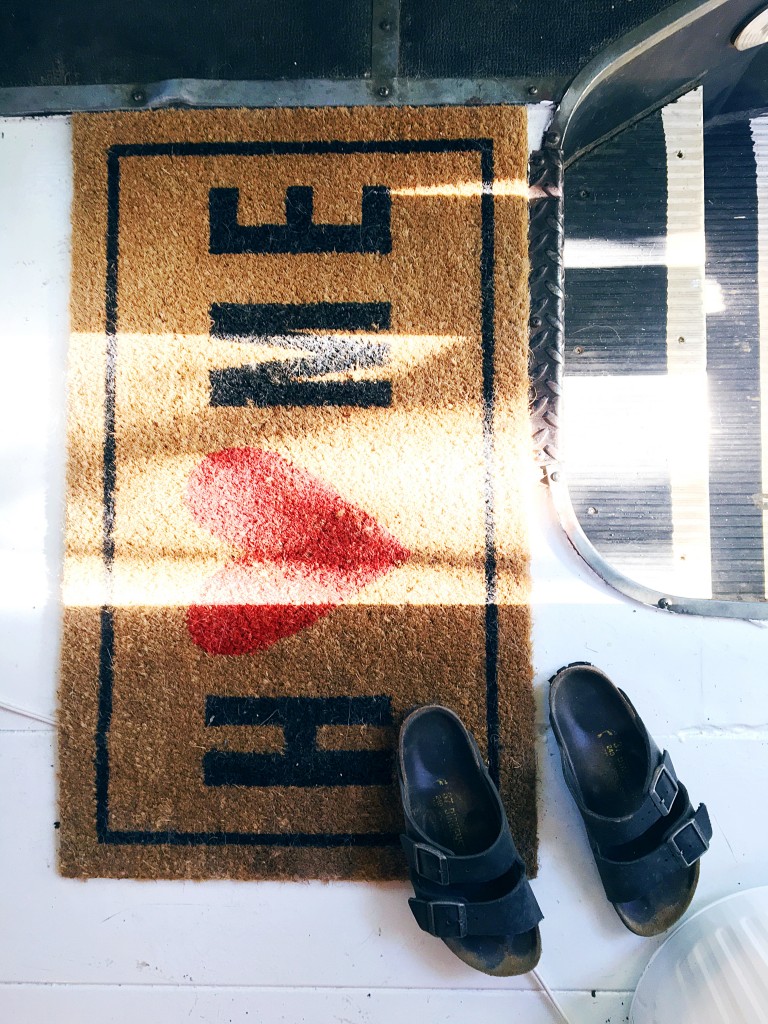 PrevPreviousTHIS is a Real Super Bowl!
NextDiaries of Henrietta, the Bus (pt. II)Next