The Truth About Soy

Healthy Foods
The Truth About Soy

There is a huge misconception that soy is the smarter choice when it comes to milk, meat, and snack foods.

I hate to be the bearer of bad news, but soy is a member of the dark side. I don’t think any Jedi Knight would be able to procure enough of the Force to recruit soy to join the good side, not enough for soy to really be worth including in your regular diet at least. 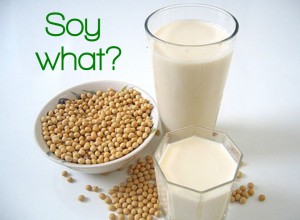 You may think I’m exaggerating, but I have a whole list of reasons why soy isn’t your best friend. First of all, many soy foods are processed, and you’ll notice soy is a mainstream ingredient in too many things to count now a days. The Weston Price Foundation researched and collected a long list of reasons why soy is such a negative factor in our dietary routine. I’ve listed a only a fraction of their list below:

·Processed soy foods will form glutamic acid, or as we more commonly refer to it: MSG. Not only does it form but it is usually added to soy products. MSG – a neurotoxin you don’t want attacking your body.
·Soy products contain a lot of aluminum, which is deadly to your nervous system and kidneys.
·Soy has also been linked with being a contributing factor to thyroid cancer.
·Soy causes a disturbing interference with protein digestion and pancreatic disorder.
·Soy was tested on animals and was proven to stunt their growth.

And that is only a portion of their list of soy’s downfall.

It’s not just as simple as saying: this is bad for you because you’ll gain weight, or it’ll make you break out or whatever.

Soy has become an unconscious staple in many of our diets, and as you can tell from what is listed above, you want to rid yourself of that. So I encourage you: watch what you’re buying. Is it full of soy? Soy protein or oils or texturized vegetable protein (that’s soy).

When you add to the equation that most soy is GMO, you’ve got a real problem. Don’t believe me? Research GMO soy yourself and see what you come up with. Like Kayla Daniels says, “there is no joy in soy.”

Need to get free of soy and other potential allergens? Our Break Free Boot Camp is just what you need.