Oh how sweet it is… or isn’t. With so much hype out there about sweeteners it can be difficult to know which ones are safe and which ones are just science experiments gone awry. You might be thinking that natural is best but as my good friend JJ Virgin points out, “even arsenic is natural”. When comparing some of the latest sweetening fads you might be surprised to learn that they all have risks and side effects that are less than desierable to say the least. 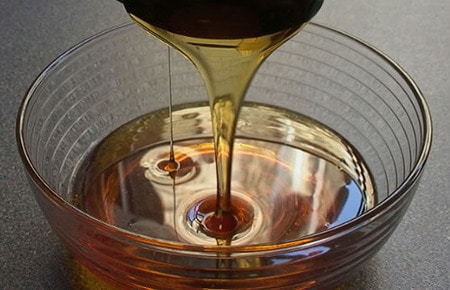 For example, let’s compare the sweet nectar of the agave plant with the sweet by-product “corn sugar” formerly known as HFCS (high fructose corn syrup). A sweetener by any other name would still be fake sweet.

The nectar from agave plants has been considered a home remedy for centuries. It was mixed with salt by the Aztecs and used to treat wounds and skin infections. Yet as a sweetener, like what you find on your store shelves, it can be highly unsafe and truly is no better than corn sugar (HFCS).

The majority of agave sweeteners come from the blue agave plant. Aguamiel or “honey water” is at the core of this plant and is used to produce syrup. While agave syrup begins naturally that’s not what you’ll find in stores. The form you’ll find there has been highly processed and is no longer natural. In fact it may even be worse than we think.

There are claims that agave nectar doesn’t come from the yucca or agave sap. Instead it is made from the starch of the agave root bulb. The principle ingredient of the agave root is starch like that found in rice or corn. Its companion ingredient is a carbohydrate known as inulin, which makes up half of the agave nectar. Therefore agave syrup is the result of a complicated chemical refining procedure that changes the starch and fiber into a manmade chemical form of fructose. YIKES!

This syrup, often touted as “safe” to diabetics, may not cause blood glucose levels to spike as much as high fructose syrup but it brings on other problems similar to high fructose syrup. These include liver inflammation, depletion of minerals, high blood pressure, obesity, hardening of the arteries, heart disease, and diabetes.

Since both of these sweeteners can be the root cause of the same conditions it’s not difficult to see that agave syrup is just as bad for your diet as high fructose syrup or corn sugar. Agave syrup is simply being camouflaged as a healthy, natural, alternative for sugar and other high fructose sweeteners. Do not trust advertisements that are made by manufactures. Just look at the commercials about high fructose corn syrup or corn sugar. Before making the choice to switch to agave sweetener make sure you know all the facts. I feel certain that once you know the facts you will avoid it.