By: Judy Gruen (with note from Leanne)

My friend Judy Gruen is a special guest columnist for this week. I hope it brings a smile to your face as it did mine! Enjoy!
What happens when a mother of four decides to lose weight and get in shape, but her family rebels against the new cuisine? Award-winning humorist and author Judy Gruen relates part of her own experience in today’s blog post, excerpted from her just-released humor book, Till We Eat Again: A Second Helping. Enjoy!
The Hot Dog Rebellion
By Judy Gruen
A lot of people talk about “going green,” but I am living a true green lifestyle. After my indiscretion involving two recently departed cinnamon buns, I am back on the wagon. And my wagon is filled to overflowing with farm-fresh spinach, collard greens, asparagus, sugar snap peas, green beans and other dark, leafy comestibles. I’m chomping so many of these greens that I hope my arteries won’t beg for mercy, claiming they just can’t store any more Vitamin A. I am chewing so many raw carrots I fear the whites of my eyes will turn orange. 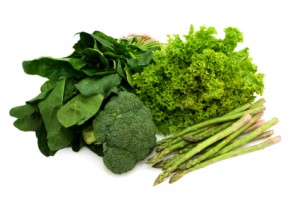 Unfortunately, while I am eager to go green, my family is seeing red. “Brown rice and vegetables again?” One of my four kids asked accusingly. As an adolescent, he considers it his job not to like anything.
“Sure, why not? Chinese people eat this type of food every day, and they have almost no heart disease,” I said. “Don’t you want me to cook healthfully for you?”
That might have qualified for the most stupid rhetorical question ever asked in the history of stupid rhetorical questions. Children would eat their socks if they were dipped in chocolate and stuck in the freezer for an hour.
“All this healthy food is making us sick. And Mom, we’re not Chinese! We like Chinese food, especially with MSG!”
“Yeah!”
“Yeah!”
They were having a fit, but at least they were united in a cause, instead of fighting with each other.
I foolishly tried to defend myself for having served them a healthy meal that included miso soup, whole grain bread, baked salmon and sautéed peppers, and even potatoes! When that effort failed, I made things worse by asking, “Don’t you realize there are starving children in Africa? They wouldn’t complain about a dinner like this! They would be grateful!”
“Why are you concerned about strange children starving in Africa when you have your own children starving right here in the kitchen?” my daughter cried.
“If you’re that concerned about starving African children, overnight this meal to them,” piled on a sibling. Why did all four of my kids have to be wise guys? Naturally, my husband was not home yet to bail me out.
“We were healthy! We were strong! Now we’re weak, since you haven’t bought any ice cream in ten billion bazillion years!” exclaimed my daughter, who boasts that she never exaggerates.
“That’s not true!” I said. “I bought two cartons of chocolate-flavored ‘Soy Good!’ frozen dessert product. No one touched it.”
“I tasted it, and it made me throw up!” insisted the adolescent, who was suddenly distracted by the sensation of his feet growing another full shoe size.
“Why can’t we have real ice cream? Why did you give it to us before if it’s so bad?”
“It’s not that it’s so bad, it’s just that. . . it’s better if it’s not in the house, that’s all,” I stammered.
“Just because you needed to lose weight, why are you taking it out on us? What did we do?” another son pined. They continued their assault by reminding me that this was Thursday, and Thursday used to be hot dog night.
“We want hot dogs!”
“Hot dogs! Hot dogs!”
“We’ll even clean up the kitchen afterwards!”
It all became too much. I promised to break open a package of hot dogs if they each ate at least two spoonfuls of vegetables and a serving of brown rice. Even my son who hates all vegetables other than potatoes complied when his three siblings threatened bodily harm unless he swallowed his green medicine, too.
Eating the hot dogs improved their state of mind, if not their bodies, but that was enough for me. I even promised them ice cream the next day. Trying to look at the bright side, I realized that with all these leftovers I wouldn’t have to cook anything else for myself for several days. Clearly, I need to introduce more greenery into the family dinner in more bite-sized portions.
Exerpted from Till We Eat Again: A Second Helping, by Judy Gruen. Judy is also the author of MBA Admission for Smarties (with Linda Abraham), and The Women’s Daily Irony Supplement. Read more of her work on www.judygruen.com.

PrevPreviousWhere does your garden grow?
NextTested by Over 100 Mommy BloggersNext