To Tea or Not To Tea 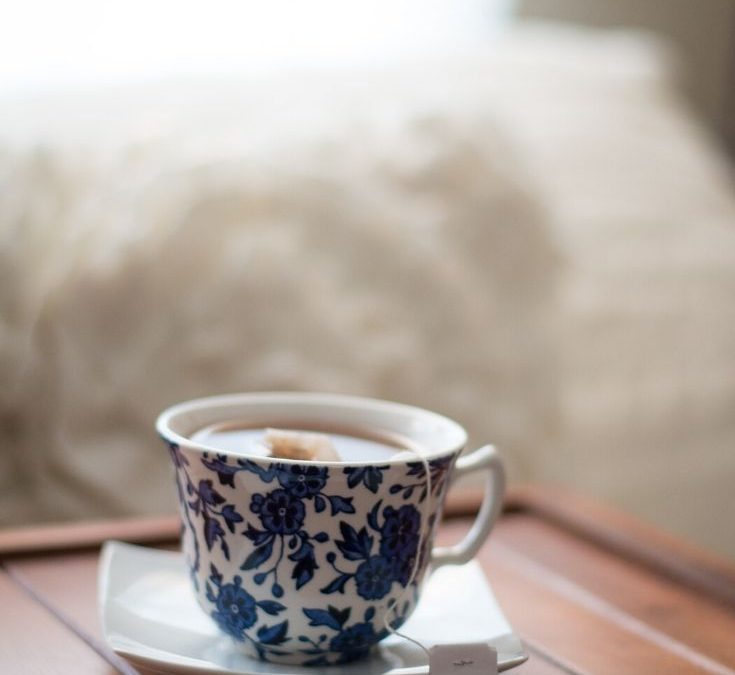 According to legend, tea was discovered around 5,000 years ago by a Chinese emperor who was boiling water as leaves from a wild tree blew into his pot.  When he drank it he enjoyed feelings of joy and wellness and since then tea has been used not only for medicinal purposes but for everyday pleasure and enjoyment also.  (BTW, they never explained why the servants weren’t boiling the water or what he would be using it for, but hey, legends! 😀)

For centuries the Chinese empire closely protected their tea, from the cultivation of the crop to the final preparation.  Only young women who were considered for their supposed purity were to handle the tea and they were not to eat certain foods like garlic, onions, or even strong spices to prevent their fingertips from contaminating the precious crop.

There are more than 1,00 types of Chinese tea, but 2 basic teas that are most commonly known and commercially produced today are green tea and black tea.

Originally, and for many centuries, all tea was green tea.  However, by the mid-17th century, the Chinese trade routes were well established with India and Europe, and the resulting demand and long distances were problematic for the delicate green tea leaves.  Chinese growers then discovered a special fermentation process that allowed them to preserve the tea leaves while keeping its flavor and aroma longer.  The resulting black tea became the staple product for export.

In today’s global market, the time and distance in trading commodities are not a problem and with the expansion of countries that grow tea there is no longer a problem transporting green tea, so it is as common and black tea.

From a health perspective, there are numerous benefits of drinking tea.  As a basic beverage, it helps you stay hydrated and to keep up with the amount of water a human body requires daily.  With a high level of antioxidants, tea is also heart-healthy, and some studies have shown that drinking tea is also good for your teeth and possibly even helping to prevent cancer.

The type of tea you drink will make a difference.  The Camellia sinensis plant (or tea plant) is the source of almost all caffeinated teas, including green, white, black, and oolong teas.  Since all these types of tea come from the same plant one might think the health benefits are the same, but apparently not.

Green and white tea are often regarded as the healthiest because they are less processed and have the highest levels of polyphenols, which are micronutrients that can improve or treat digestive issues, weight management challenges, cardiovascular (heart) diseases, diabetes, and even neurodegenerative disease.

Anna Ardine is the clinical nutrition manager at Magee-Women’s Hospital of the University of Pittsburgh Medical Center and has explained that there is a lot of information regarding the health benefits of tea.  In one study that used results from numerous reports, people who drank 1-3 cups of tea/day showed a nearly 20% reduction in the risk of heart attack and a 35% reduced risk of stroke.  Those who drank 4 or more cups of tea a day showed a 32% lower risk of a heart attack and lower levels of LDL cholesterol.

For the benefits of heavy tea consumption without having to drink 4+ cups of tea, matcha tea is a good option to consider.  Matcha is made from ground tea leaves and is supposed to have the nutritional equivalence of 10 cups of regular green tea.

Being a good source of antioxidants, tea helps to keep us young and protect us from the harmful effects of pollution.  It is somewhat like preventing rust on your car.  Traditional tea is also lower in caffeine, with approximately half the levels of coffee and herbal teas are caffeine-free.

Recent animal studies also suggest that green tea may help to prevent bone loss.  Moringa tea comes from a plant that is native to South Asia and has more calcium than milk.  It also has high levels of vitamins A and K as well as iron.

Since tea changes the pH in your mouth, it may also help in preventing cavities and decrease tooth loss since it does not appear to erode tooth enamel like many other common beverages, according to Japanese researchers.

Ayurvedic practitioners have used holy basil or tulsi tea for centuries to keep the immune system strong after illnesses or injuries because of its anti-fungal, antibacterial, and anti-inflammatory properties.

There are also herbal teas like chamomile that are antispasmodic, so they are good for people with Irritable bowel syndrome, and with added ginger, it can also calm nausea.

In addition to all the benefits and potential benefits of tea, one of the most obvious is that it is a no-calorie alternative to water.  It comes in a variety of flavors and you can always create your own, whether hot or cold.

Our own Wise Women’s Tea is a blend of green and black teas (organic of course!) and a touch of bergamot for a fine citrusy flavor, much like Earl Grey.