Today’s Focus is on VANILLA BEANS

How often do you twist open the cover on a bottle of vanilla extract? Oh, it smells so good!

If you’re a fan of the flavor and/or scent of vanilla, I highly recommend you get your hands on some vanilla beans and see how much more intense your love can be.

You may be surprised to know that vanilla comes from beans, and contains quite a few (unscientifically documented or researched) medicinal properties. If you’re feeling anxious, take a whiff of vanilla and you’ll see how calming it can be!

Ever wonder why real vanilla is so expensive? Well, the vanilla planifolia orchid has to be pollinated by hand and the pod itself has to be picked by hand, too. It then takes months for the seed pod to cure after it’s been harvested. 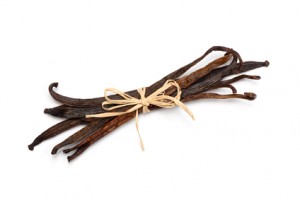 Did you know you can make your own pure vanilla extract on the cheap?

It’s SO easy, and it’s fun to watch the magic happen.

What do you need?

You can work with the amount of ingredients you have. I would recommend a ratio of three vanilla beans to each cup of vodka.

What do you do?

Split the vanilla beans down the center lengthwise, keeping the bottom end in tact. Put the vanilla beans in the bottle and cover completely with vodka. Store it in a cool dark place for at least two months, shaking it every few days. After that time, as you use it, you can top it up with more vodka.

It will last for years!

If you discover that your vanilla beans have dried out on you, save them for stirring into a hot cup of tea! That will help release the flavor.

When shopping for vanilla beans, look for very dark pods that are oily to the touch. They should be pliable so they can bend slightly without breaking. Store your beans in an airtight container in a cool place, but not the fridge where they can harden and lose their flavor. 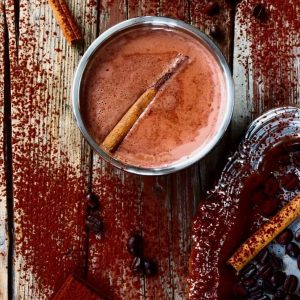 Tried this recipe?Let us know how it was!
PrevPreviousTop Tips for Kale Chips
NextWhat’s the Skinny on CLA?Next