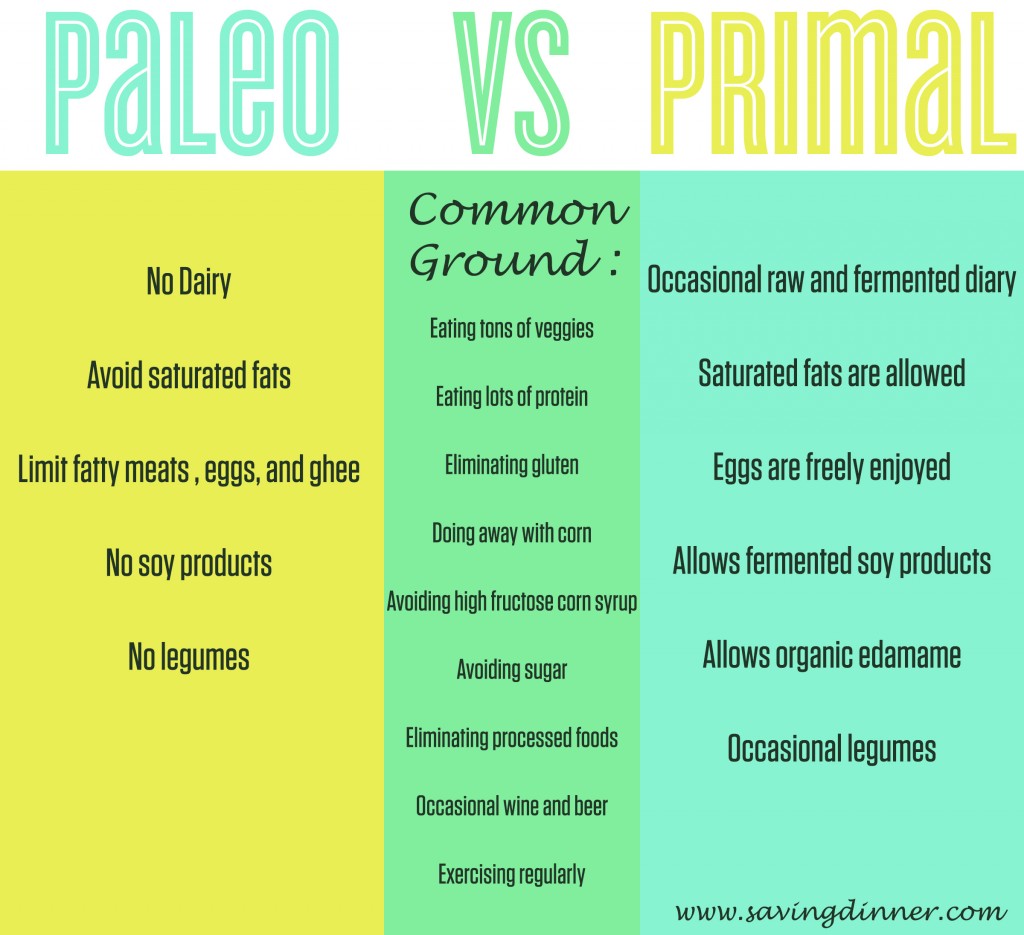 • Paleoistas avoid dairy (many making an exception for grass-fed butter). Primal folks enjoy raw, fermented dairy once in a while.
• Some paleo folks avoid saturated fats and limit their intake of fatty meats, eggs (6 per day), and butter. I am not one of those folks. I eat plenty of butter, grass-fed beef, and coconut oil! Primal eaters are not afraid of saturated fats, and eggs are enjoyed freely.
• Primal allows fermented soy products and organic edamame, while paleo has its followers avoiding soy.
• Primal allows for occasional intake of legumes, while paleo says no.

Now before you comment and send me nasty messages about how wrong I am about paleo, keep in mind that these are the differences based on the philosophy behind paleo and primal diets. I believe that paleo has evolved a bit over the years, adopting more aspects from the primal way of life. Many paleoistas, for instance, eat fermented dairy and Greek yogurt. I have many paleo pals who also don’t limit the number of eggs they eat. And lots of paleo followers don’t limit the amount of bacon that they eat.

Are you interested in trying delicious paleo recipes? Check out our 10 for the Freezer Paleo eBook Bundle!