The Power of a Little Nutmeg

Nutmeg comes from the seed of the nutmeg tree, which is native to the Spice Islands of Indonesia. These egg-shaped nutmeg seeds have a beautiful, lacy reddish covering and that covering is where another spice called mace comes from. Who knew? It’s no wonder nutmeg and mace are such complimentary flavors.

Nutmeg is a staple in holiday cooking, found in traditional favorites like eggnog, gingerbread and pumpkin pie and grated over festive cocktails.

But there’s more to this egg-shaped spice than its familiar woody scent and complex flavor.

Once upon a time, nutmeg was used only by the most wealthy Europeans-everyone who could afford it had their own nutmeg grater.

Nutmeg was worth its weight in gold in these times and was believed to prevent the bubonic plague.

We don’t worry too much about the plague these days, but nutmeg can still benefit our health. 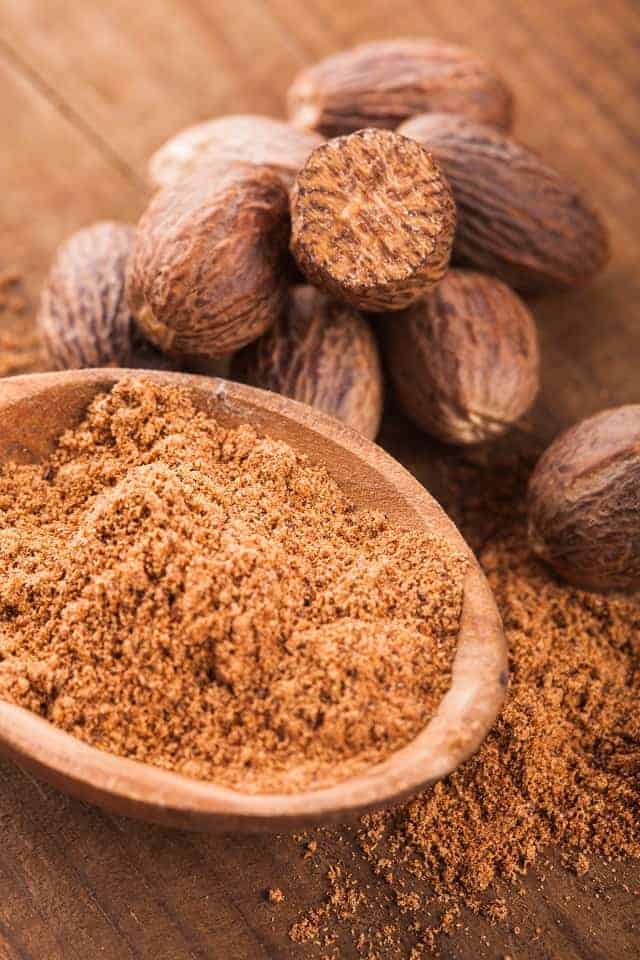 Nutmeg seeds also contain chemicals that may fight the growth of cancer cells.

To get the most nutrition from your nutmeg, purchase the seeds and grate them with a microplane or a very fine grater at the time you’re using the spice. That way, the nutmeg stays much fresher than it does in its pre-ground state.

Nutmeg can be used to flavor smoothies, baked goods, Greek yogurt and so on and so forth. You can even grate some nutmeg in your coffee for a tasty holiday treat.

Now that you know nutmeg is so good for you in small doses, I have to tell you a bit about this spice’s dark and bloody history.

Spice trading was big business in the Middle Ages. England and Holland once battled for control of Southeast Asia’s spice-producing islands, including the small nutmeg-covered islands called Run and Ai. According to historians, tens of thousands of the original inhabitants of the Spice Islands were killed by the Dutch with the survivors being enslaved in the nutmeg groves.

The British handed over Run in 1667 in exchange for what was considered a useless far off island known as New Amsterdam or, as we know it today, Manhattan. (Who do you think got the better deal?!)

The British attacked the Dutch-controlled islands again in the 1800s and controlled the Spice Islands long enough to remove nutmeg seedlings and plant them in other places around the world under British control.

Eventually, the price of nutmeg started coming down and even members of the middle-class could afford to use the spice in holiday baked goods and curries.

Isn’t that just a wild history?

I hope you appreciate that nutmeg you have in your cupboard just a little bit more now!