What is a FODMAP?

After learning about nightshades, lectins, paleo and gluten, you may have thought you were familiar with all of the newfangled food terms out there. And then you come across the term FODMAP!

So what in the world is a FODMAP?

Well, FODMAPs refer to a surprising collection of foods that a lot of people are very sensitive to and have difficultly digesting. FODMAP is an acronym for Fermentable, Oligosaccharides, Disaccharides, Monosaccharides and Polyols. See how that rolls off the tongue? 🙂

FODMAPs are found in many common foods, and they can be difficult to digest for some folks because they can be poorly absorbed in the small intestine.

If you suffer from unpleasant chronic digestive problems like bloating, gas and constipation, it could indicate that you are sensitive to FODMAPs.

To give you a better idea of where the problem is for people with sensitivities to this group of foods, let’s take a closer look at what those words within the FODMAP acronym all mean

Fermentable. Fermentable carbs are carbs that aren’t broken down by our digestive enzymes, but instead, are fermented by bacteria.
Oligosaccharides. Oligosaccharides are short-chain carbohydrates that include galactans and fructans. (Sounds like something out of a Star Trek movie, doesn’t it?)
Disaccharides. Disaccharides put the “D” in FODMAPs. Disaccharides are pairs of sugar molecules. The biggest concern in this group is galactose paired with glucose, which equals the milk sugar lactose.
Monosaccharides. A single sugar molecule, monosaccharides include free fructose, which is a big trouble maker.
And (the A just stands for And!)
Polyols. These are sugar alcohols including maltitol, xylitol and sorbitol, which rarely occur in nature in large amounts. Overdoing it on polyols can lead to gas, constipation or diarrhea.

What foods are considered high FODMAPs?

As you can see, that is a rather large list of foods that should be avoided on a low FODMAP diet.

Why do FODMAPs cause digestive problems?

The problem is that sugars present in these high FODMAP foods need very specific enzymes in order to be digested properly. Without those enzymes, the foods are broken down by fermentation (the bacteria in your gut feed off of the sugars), which creates a build up of carbon dioxide in the intestines.

Generally, by reducing the amount of high FODMAP foods in one’s diet, digestive stress is greatly relieved. In most cases, a zero FODMAP rule isn’t necessary.

Anyone suffering from IBS or a similar digestive condition would benefit from a low FODMAP diet.

Want more help with this?Join our 30 Day Paleo Challenge and get the support and encouragement you need! 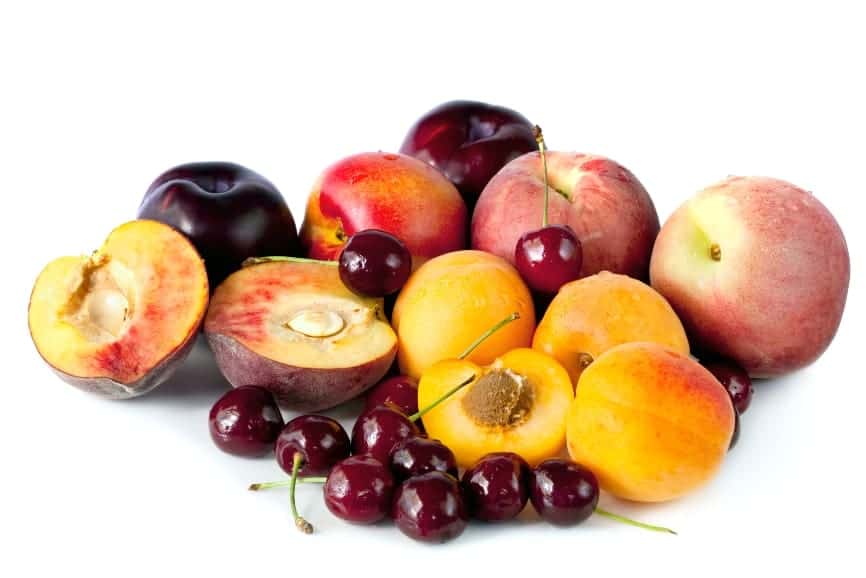 PrevPreviousButter lettuce for strong bones and teeth
NextTip, Trick & a Recipe: A pearl in the ocean of onionsNext