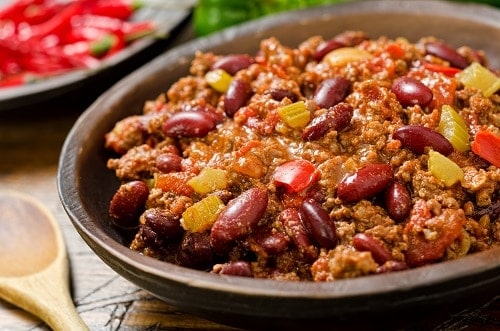 There is something extremely satisfying about making a big pot of chili for your family on a cool day. I find it as enjoyable to make chili for dinner as I do sitting down and eating that chili. There’s just something about putting all those simple ingredients of vegetables and spices together, in a combination […] 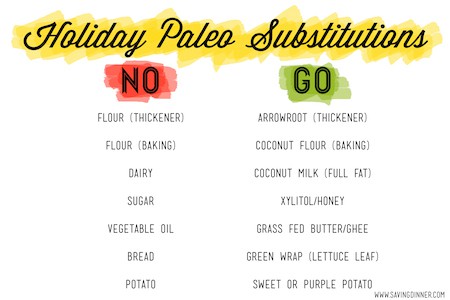 If you’ve recently gone Paleo, you might be worried about navigating the kitchen this holiday season, what with all of the sugar, bread, and other non-Paleo staples of a traditional Thanksgiving dinner floating around. But do not fear, Paleoistas! I’ve got your wheat-free little backs! We’ve put together this Paleo swap cheat for you so […]

Stock up on vegetable broth!

Dinner Diva Stock up on vegetable broth! By: Leanne Ely When you start making your own stock, you’re going to have a hard time buying it from the store ever again. Making stock from scratch is about as satisfying as it gets. Being the one who purchased (or even better, grew!) the vegetables that you’re […]

Go ahead and eat oodles of Kelp Noodles

Healthy Foods Go ahead and eat oodles of Kelp Noodles By: Leanne Ely Not too long ago, I wrote about the benefits of eating sea vegetables. I enjoy sea vegetables often and you should too! Now, I’ve gone on record before saying I wouldn’t make you eat sea vegetables. But guess what? I take it […]

Cast your vote for cast iron

Food For Thought Cast your vote for cast iron By: Leanne Ely If you feel that cooking in cast iron is more your grandmother’s speed than your own, you might want to rethink that out-dated belief. Cast iron is an efficient way to cook and it’s a healthy option, too. I think those old-fashioned cast […]

Food For Thought: For meat you will praise, learn how to braise!

If you always seem to end up with stringy, tough meat that you can’t get a knife through (let alone your teeth), you can only blame the animal and/or the cut for so long! I firmly believe that with the right cooking method, you can turn the most humble of cuts into a star. Braising […]

Healthy-Foods A hero among cruciferous veggies: Collard greens! By: Leanne Ely Collard greens have been enjoyed by human beings since prehistoric times. They’ve been a kitchen staple in the southern United States for centuries because of their great availability and fantastic mild flavor. And like their relatives—broccoli, kale and cabbage-,these leafy green cruciferous veggies are […]

Thinking outside the lunchbox

Dinner Diva Thinking outside the lunchbox By: Leanne Ely Today’s Dinner Diva article isn’t about our evening meal, but it’s an important topic to cover just the same – I hope you’ll agree! I’m talking lunch today, and specifically, lunch boxes. My kids are beyond the “but Mawwwmmmm, everyone else has [insert your child’s most […]

Spouting off on Brussels sprouts!

Healthy Food Spouting off on Brussels sprouts! By: Leanne Ely In my humble opinion, Brussels sprouts have a pretty bad rap. This is probably because many of us were forced to sit down to a plate of mushy green balls of leaves and told to eat them even though they tasted like watered down grass […]