Healthy Foods Amazing spirulina By: Leanne Ely There are so many superfoods out there that it can make your head spin when you start researching them! I wrote about one of those superfoods not too long ago (aloe vera), and today I want to tell you about another one — spirulina. What is spirulina? This […]

If you love indulging in ethnic food (especially Thai and Indian), then chances are you get lots of turmeric in your diet. Turmeric is a potent spice that gives curry its rich yellow hue. It has actually been used as a dye for textiles throughout history! But there is more to turmeric than a pretty […]

Food For Thought Feel fine with Iodine By: Leanne Ely Iodine has come up from time to time in articles I’ve shared here, and today I’m going to really dig into why we need it. Now, as far as minerals go, iodine isn’t the most popular kid on the bus, but that doesn’t mean it’s […]

Squeeze in some selenium

The importance of magnesium is greater than we thought

Food For Thought The importance of magnesium is greater than we thought By: Leanne Ely Every week I share articles with you that tout the health benefits of all kinds of foods. When I came across an article recently about how the majority of Americans are deficient in a mineral that is more important to […]

Is there BPA on your dinner plate?

Food For Thought Is there BPA on your dinner plate? By: Leanne Ely BPA. We all know it’s bad for us, but urine samples from studies show that roughly 90% of us have this chemical flowing through our systems. We take it in when we eat foods from containers made from BPA. That’s not acceptable, […]

Healthy Foods Gingerly approaching the topic of…ginger! By: Leanne Ely Okay, so there’s no need to cautiously approach ginger as a topic. It’s not like arsenic in rice or eggs causing strokes, but it does make for a cute title, dontcha think? According to folklore, ginger comes straight from the Garden of Eden. I’m not […] 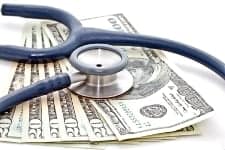 Dinner Diva Special Edition: Dr. Wahls on Healthcare By: Leanne Ely Why are Americans paying more each year for healthcare? I think the explanation can be found in the cornfields of Iowa. When farmers buy seed corn, all the kernels in the bag of seed corn will have essentially the same DNA, the same genetic […]