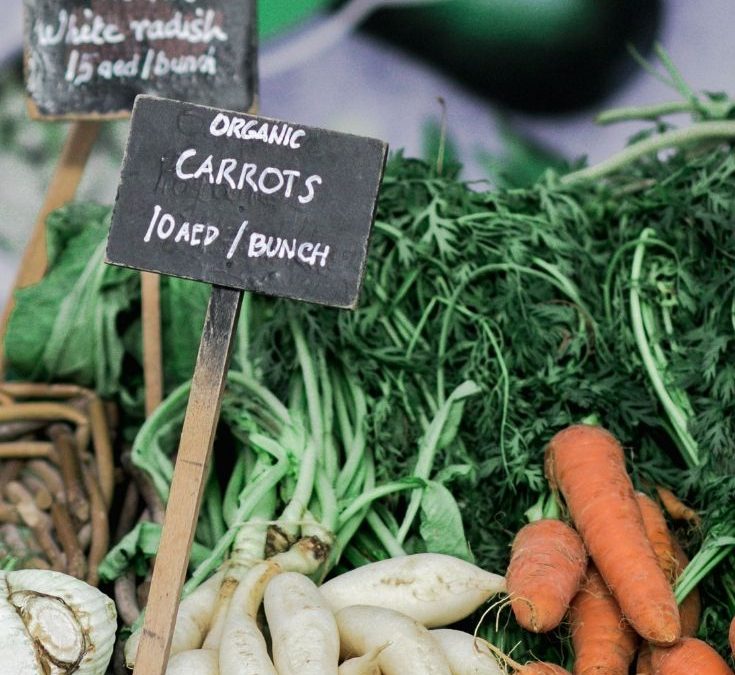 Not that long ago organic products were hard to find on the shelves of most grocery stores or supermarkets.

Small “health food” stores started popping up with a variety of products, mostly supplements and herbs or natural remedies and were generally viewed as remnants of the hippies and tree-huggers from the 60s and 70s.  Fresh produce was almost unheard of and maybe the local farmer’s market had one or two growers that claimed to be organic, but had no way of proving that they were.

How things have changed!

It is now impossible to walk into any supermarket that doesn’t carry at least some organic products.  From fresh produce to the largest brand named goods, organic products are plentiful and normal.

Being called organic is not just a frivolous claim, it is guaranteed by the USDA and labelled as such.  Even organic farmers at the roadside stands and farmer’s markets can only claim they are organic if they can prove it, and the demand for organic products has exploded along with the product offerings.

What exactly is USDA certified organic?

Food qualifies for the USDA Certified Organic label if it has been grown or raised according to USDA organic standards.  Those standards mean that the food is free of pesticides and other synthetic additives, dyes, chemical fertilizers, and have not been processed with industrial solvents.

Organic meat requires the animals to be pasture raised (not chemically treated grasses) or fed 100% organic feed and not given antibiotics or hormones.

There are slightly different requirements for other organic products like baked goods, but the idea is still to keep the food free of artificial chemical additives and genetically modified contents.

Why does eating organic matter?

Let’s begin with health and safety.

Organic foods are cleaner, minimizing your exposure to environmental toxins and potential serious health issues that come from non-organic foods.  It seems like common sense that the more natural a food is, the easier the body will recognize and accept it. If you swallow a marble, a stone, or a piece of plastic you might do nothing to your body and pass it through without any changes to it, and you will certainly not gain any nutritional value in the process.

However, as you ingest chemicals that are foreign to the body, there may be consequences, whether a slight allergic reaction, irritation, possibly sickness or even cancer as it builds up in your system.

The incidence of cancer around the globe seems to be in direct proportion to the amount of chemicals, pesticides, and fertilizers used in the production of food. While there may certainly be other factors like pollution (chemicals breathed in or swallowed in water) or just the fact of living in a more stressful world (body chemistry), the correlation between chemicals in our food supply and the rise in cancer cannot be ignored

Some of the most common carcinogens (cancer causing agents) are still commonly found in foods we eat every day.  Any processed meat that is preserved by chemical preservatives carry a risk, so although they can be generally consumed without fear, they should be limited to no more than a few ounces 3-4 times a week.

Salami, sausage, ham, and hot dogs are the worst because of all the salt, chemicals and other possible additives used in processing them, so eating organic meat or grass-fed beef is going to be better for you in the long run. When choosing bacon or sausage or other such products, make sure you get nitrate/nitrite free.

Organic food production is also better for the environment.

Whether grown or raised, food production on a massive scale usually leaves the soil in worse condition when not done organically.  Fertilizers and pesticides artificially add nutrients into the soil and cannot replace a soil that is enriched naturally. The result is that mass produced food with chemical enhancements are less nutritious and less flavorful too.

It used to be common practice to let fields lie fallow, letting them sit for a season without crops so they could restore the fertility naturally.  With the growth of corporate farming that aims to maximize profits, such practices disappeared, and chemicals are added yearly to keep the nutrient levels up artificially.

Those chemicals are in the water supply, the soil, and eventually in the food and our digestive systems.

Pesticides are also killing off the good insects along with the bad ones.  Those killing chemicals are added into the mix when you eat food grown conventionally so it is another foreign matter added to your system that the body cannot recognize, properly digest, or even eliminate, causing sickness or disease.

Conventional dairy products are also suspected in the occurrence of early puberty in girls since BGH (bovine growth hormone) is a synthetic hormone used to increase milk production.

Organic farming uses natural means instead of artificial and damaging methods to raise crops and animals.

Soil is improved by leaving plant waste (green manure) or livestock manure in the fields.  Instead of planting the same crop year after year, plant rotation preserves soil quality and interrupts cycles of pests and disease.  Predatory insects or pest traps are used to control the bad ones, and mulch controls the weeds instead of chemicals. Cover crops preserve the soil and are plowed under to add nutrients naturally, improving soil quality.

The Dirty Dozen and Clean Fifteen

When it comes to eating organically, some will say that it is not available or too expensive compared to conventionally raised foods.  While those reasons may be perfectly valid for many, there are certain foods that are notoriously high in pesticides and should be avoided as much as possible.

Currently, the worst offenders are:  strawberries, spinach, kale, nectarines, apples, grapes, peaches, cherries, pears, tomatoes, celery, and potatoes.  Try to avoid any non-organic food that comes out of the soil itself, the root vegetables like radishes, beets, etc.

You can find the latest lists from the Environmental Working Group by going to their website.

If you are eating conventionally grown foods, the ones that seem to have the lowest levels of pesticides and chemical residue are:  avocados, sweet corn, pineapples, frozen sweet peas, onions, papayas, eggplants, asparagus, kiwis, cabbages, cauliflower, cantaloupes, broccoli, mushrooms, and honeydew melons.

It seems like the foods with protective outer layers or the more hearty structures  are less likely to have the bad stuff, so use that as a general rule of thumb too.

The bottom line in health and nutrition is the standard rule of eating more fruits and vegetables.  The benefits of eating them outweigh the risks of eating conventionally grown foods with potential pesticides, but try and eat organically whenever possible and stay healthy!